IN MEMORY OF PAST COMMANDER-IN-CHIEF DONALD SHAW

Belated Promotion -
U.S. Grant - General of the Armies - Huzzah!
Thu, 12/22/2022 - 11:00More than 150 years after leading the Union Armies to victory in the Civil War, Ulysses Grant is about to be promoted to General of the Armies of the United States.
The move, authorized in the 2023 National Defense Authorization Act, would make Grant just the third officer to receive the rank. The others are John Pershing [for those of you who don't know, he was a Missourian], who was promoted to the rank in 1919, and George Washington, who received a posthumous promotion in 1976, according to the Arlington National Cemetery website.

The general of the armies rank is higher than the World War II five-star grade of general of the army, which was held by officers such as George Marshall, Douglas MacArthur, Dwight Eisenhower and Omar Bradley.
Grant, who became the nation’s first four-star general in 1866 and was elected in 1868 as the 18th president of the United States, attended the U.S. Military Academy at West Point, New York, and later fought in the Mexican War, according to his White House bio.
At the beginning of the Civil War, Grant was appointed to command an unruly volunteer regiment, which he whipped into shape before rising to the rank of brigadier general of volunteers.
He continued to distinguish himself in battle, fighting at Forts Henry and Donelson, Shiloh and Chattanooga in Tennessee, and Vicksburg, Mississippi, according to the White House.
In March 1864, President Abraham Lincoln appointed him General-in-Chief. Grant directed Gen. William Tecumseh Sherman to drive through the south while he and the Army of the Potomac pinned down Confederate Gen. Robert Lee’s Army of Northern Virginia.
On April 9, 1865, Lee surrendered, and Grant wrote “magnanimous” terms of surrender that would prevent treason trials, according to the White House.
Grant was president from 1869 to 1877. He died in 1885. 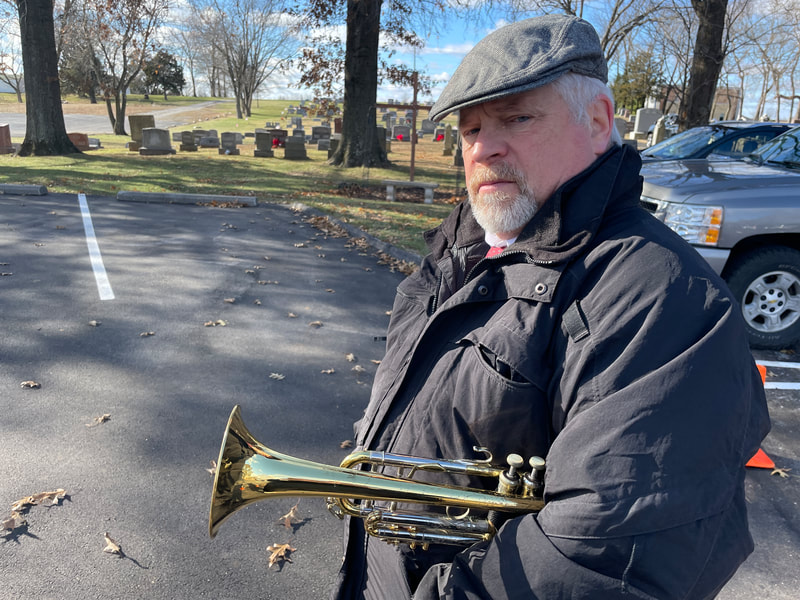 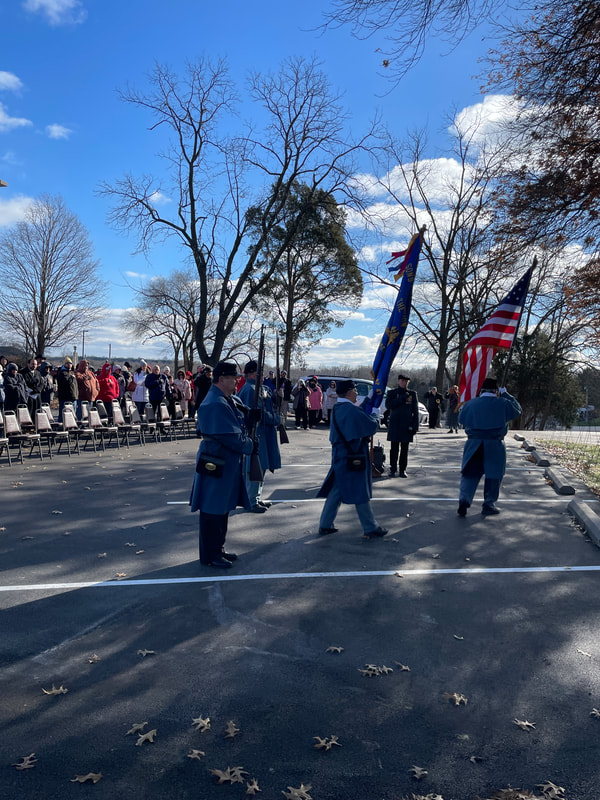 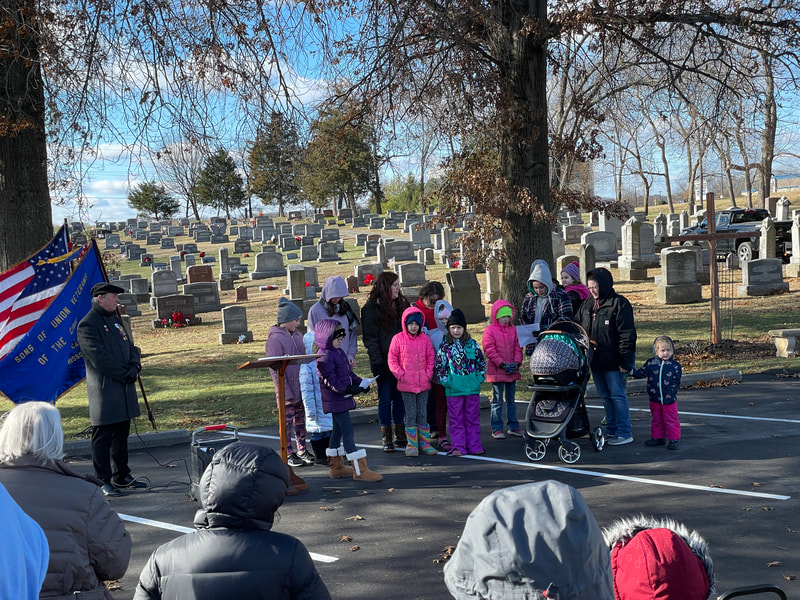 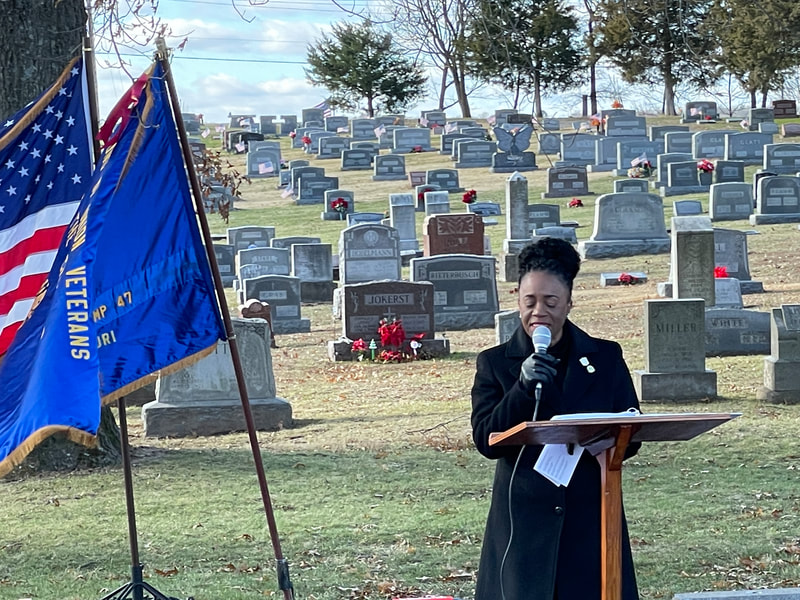 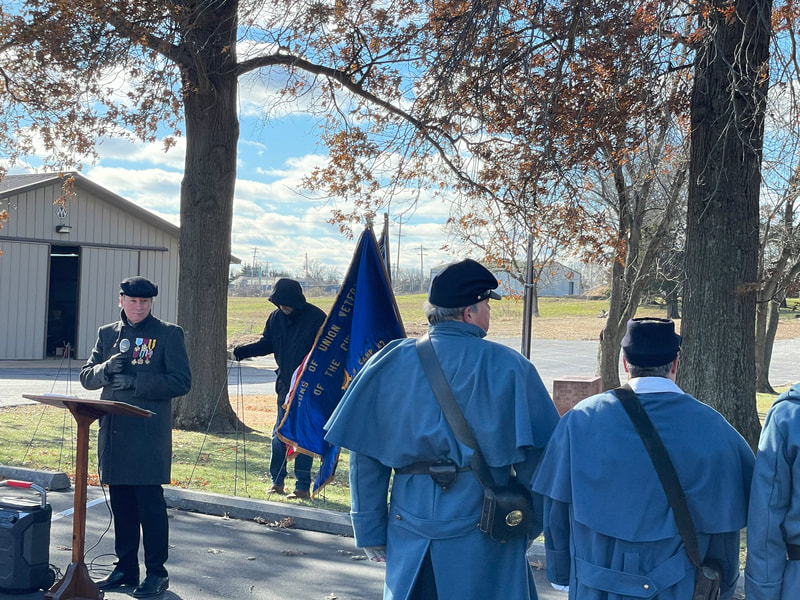 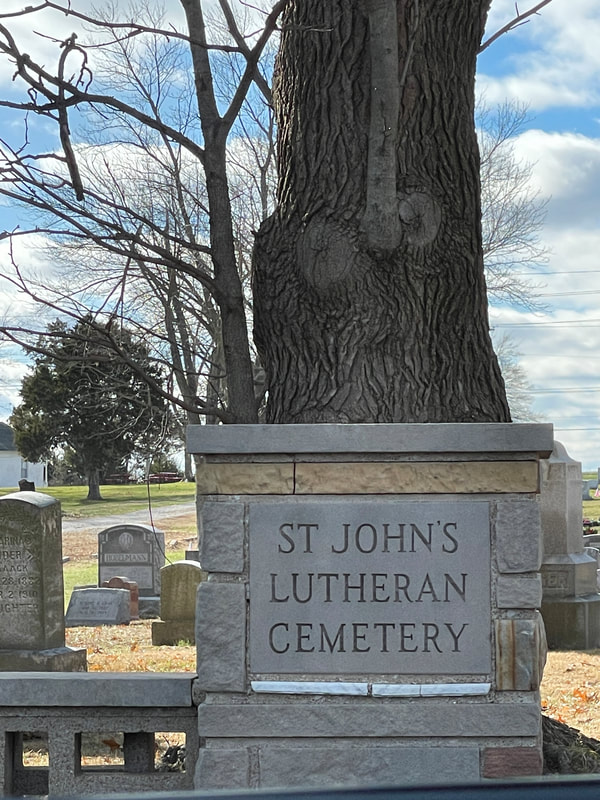 Lemay, MO 63125} – Returning from the Civil War battlefields, 175 African-American Infantrymen contracted cholera and died just south of St. Louis. Refused burial at Jefferson Barracks National Cemetery, they were buried in a mass grave. In the 1930s the members of the African-American community spearhead the re-interment at the national cemetery and the creation of a monument. In 2014, Sarah Cato, educator in African-American History led a movement to add to the monument the names of the interred soldiers. The Sons of Union Veterans of the Civil War were active with Ms Cato throughout the event and with her guidance have taken over the responsibility to honor these patriotic men on a regular basis.

This year, we are honored to have Historian Dorris Keevan-Franke as our keynote speaker. Dorris Keeven-Franke is an award-winning author and professional genealogist who has been sharing history’s most difficult stories for over twenty-five years. She has curated International exhibitions on German emigrants and presented programs for the Civil War Roundtable of Washington DC. She is the Executive Director of the Missouri Germans Consortium and the head archivist for Bellefontaine Cemetery and Arboretum. She is the digital creator of the St. Charles County History and Archer Alexander blogs and is currently working on her ninth book: Archer Alexander - the Untold Story of an American Hero. Her keynote address concerns the life of a survivor of the 56th,, Benjamin Oglesby – Private Co D, 56th USCT – Survivor. Benjamin has recently had a St. Charles County Park named for him.

German Consul General Wolfgang Moessinger, who is stationed in Chicago, came to St. Louis on Sunday, 17 Sep 2022 and visited with PDC Walt Busch of US Grant Camp 68, and James Martin Past President of the German American Heritage Society, to discuss the needed repairs to the Colonel Fredrick Hecker Monument in Benton Park.  Hecker was one of the top leaders of the Baden, Germany, 1848 Revolution and organized and led two regiments in our Civil War.   The monument is missing two bas-relief images and also needs some stabilization work.  The two St. Louis groups are working on this plus an informational markers.  One will be placed near the monument and the other near Hecker’s grave in Summerfield, IL.  The Illinois end of the project is being spearheaded by David Wildermuth of the Hecker Camp #17, who has already been able to get another marker in the town of Summerfield informing people of the Hecker grave and his importance.  Funding from both the German community and Civil War groups to fund the repairs to the monument and the markers.
Group Photo: L-R Consul Moessinger, a member of his party, James Martin and Walt Busch

Our Most Distant Member - Gerhard Ewig - Deutschland (that's Germany to those who never took a history course)  shows off his cannon he uses in Civil War re-enactments in Deutschland (Congratulations! Now you've learned a new word)!

Download File
US Grant Camp was assisted by Wilhelmi Camp, Fletcher Camp and a member of the Ruger Camp visiting from North Carolina 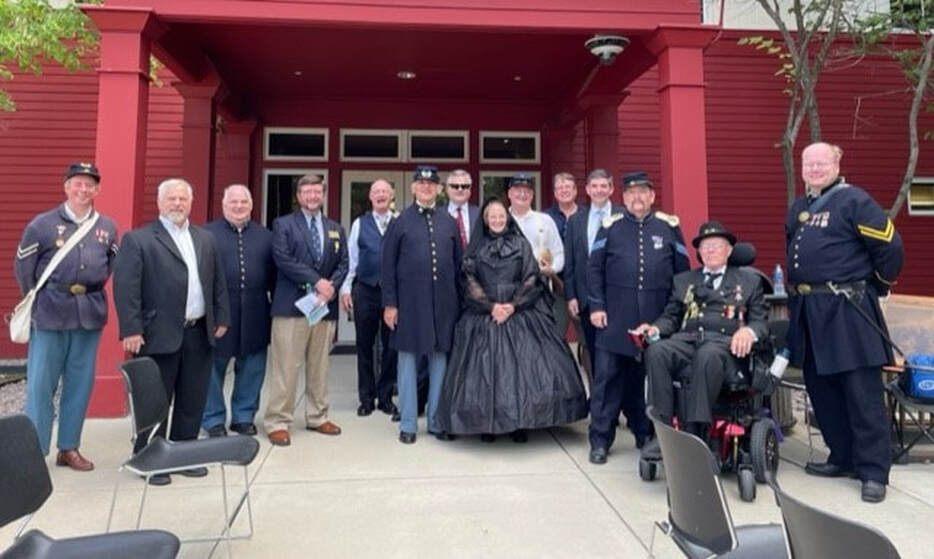 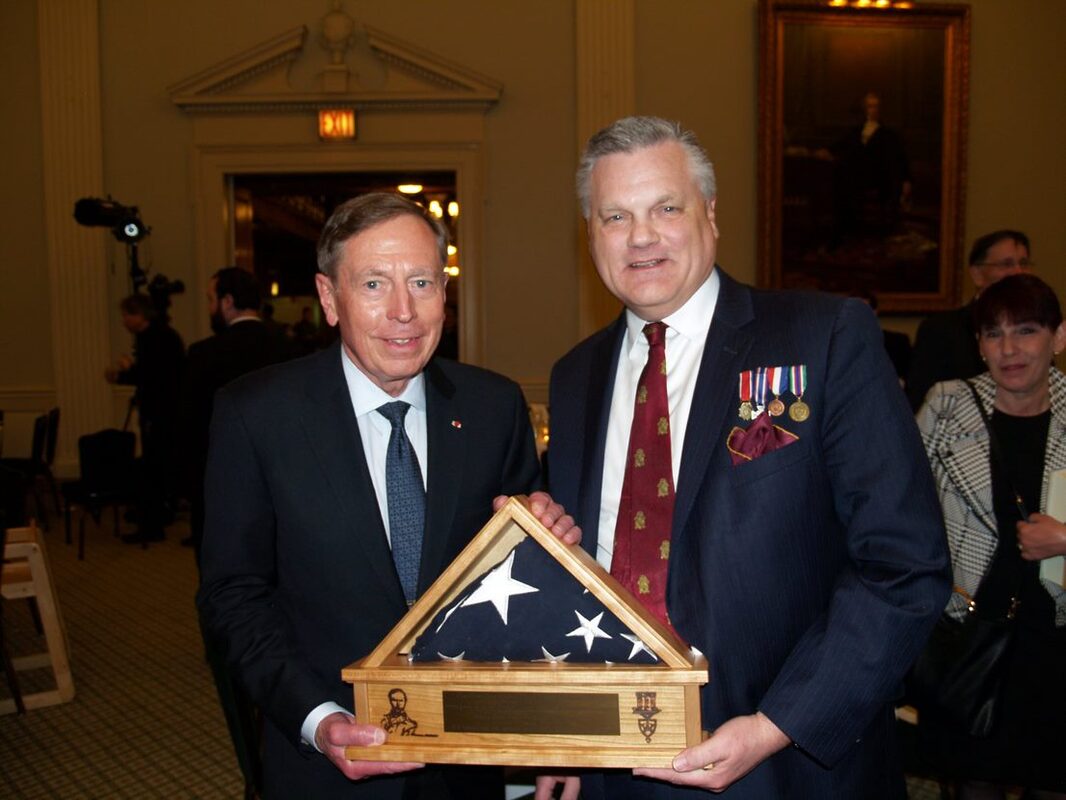 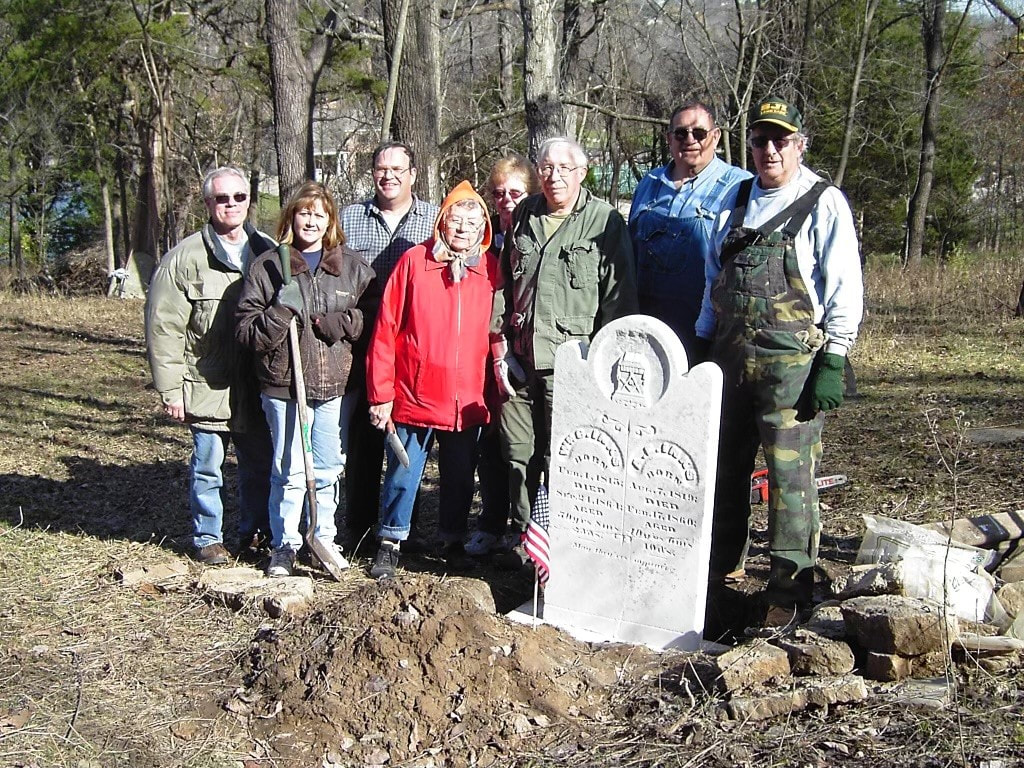